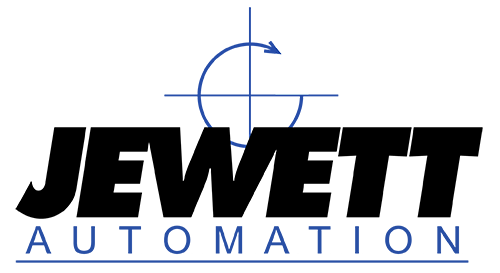 Published by Assembly Magazine on December 7, 2021

With the pandemic subsiding and consumer spending on the rise, manufacturers are investing in their assembly operations.

In February 2020, U.S. manufacturers employed nearly 12.8 million people. Then came the COVID-19 pandemic. In an instant, the country lost 1 million manufacturing jobs as governments and businesses scrambled to figure out how best to stop the spread of the disease.

Be that as it may, U.S. manufacturers are back to work and producing again. Through October, the U.S. manufacturing sector employed more than 12.5 million people. That’s a gain of more than 1.1 million jobs since the low point of the pandemic, and it’s just 2 percent shy of the February 2020 total. What’s more, manufacturing employment is poised to increase even more—if workers can be found. The Bureau of Labor Statistics recently released its Job Openings and Labor Turnover Survey for September, and it shows a persistent gap between open manufacturing positions and available skilled workers—even amid a pandemic. According to the survey, U.S. manufacturers had 897,000 job openings in September. That compares with 869,000 in August and 500,000 in September 2020.

Pandemic or not, U.S. manufacturers are continuing to invest in people, plants and equipment. Consider the latest data from AMT—The Association for Manufacturing Technology. New orders for metal cutting, forming and fabricating equipment in the U.S. totaled $590 million in September 2021. This is a 9 percent increase over August 2021 orders and nearly a 60 percent increase over September 2020.

New orders for the first nine months of the year amount to more than $4.1 billion, a 53 percent increase from the same period last year.

Manufacturers in every industry are investing in their operations. For example, in September, GE Appliances opened a new refrigerator assembly line at its manufacturing complex in Louisville, KY, part of a $60 million investment in the facility. More than 245 new manufacturing jobs have been added to support the new line. Just a month earlier, the company announced that it is investing $5 million to assemble air conditioners at its factory in Selmer, TN. The company had been assembling the units in Mexico, but decided to reshore production to be closer to U.S. customers. The new investment will create a fifth assembly line at the plant and add 33 new jobs, bringing total employment to 465.

Automotive assemblers are investing, too. For example, South Korean auto parts supplier Sungwoo Hitech America Corp. recently announced that it will invest $40 million to buy and equip an existing 380,000-square-foot factory building in Telford, TN. The assembly plant will be the company’s first U.S. facility, which is expected to employ 206 people by 2027.

Even in aerospace manufacturing—an industry decimated by the pandemic—companies are investing. For example, Roll-Royce just completed a six-year, $600 million modernization of its manufacturing campus in Indianapolis. The revitalized campus is now highly efficient and will improve competitiveness in an increasingly contested marketplace for aircraft propulsion and power equipment. The energy efficiency of the buildings has also been improved significantly and will help Rolls-Royce achieve its goal of net-zero carbon emissions in operations by 2030.

Will investments like that continue into 2021? The results of our 26th annual Capital Equipment Spending Survey point to a significant increase in investments next year.

Some 43 percent of respondents will spend more on assembly technology next year than they did this year. That compares with 32 percent in last year’s survey, and it’s the fourth time in the past five years in which that figure has topped 40 percent.

Conversely, just 16 percent of respondents will spend less in 2022 than they did 2021. Last year, that ratio was 24 percent.

“The global pandemic has caused significant problems to the supply chain, causing nearly all manufacturers in almost every industry some kind of delays or issues in getting parts and components,” points out Rick Brookshire, director of product management and development at Epson Robots. “However, this has helped to drive the need for automation higher than we have seen in quite a few years. 2021 was a great year for Epson Robots, as we helped both experienced automation users and many new robot users automate their factories. We fully expect 2022 to be even better.”

Looking at spending plans by industry, it’s clear the automotive industry is leading the way in capital investment, prompted by the looming transition from gas-powered vehicles to electric ones. Some 62 percent of assemblers in auto industry will spend more in 2022 than they did in 2021, the highest percentage of any industry. Of those auto plants that will spend more next year, the average budgetary increase is a whopping 33 percent. That, too, is more than any other industry.

Those figures should not be surprising. Automotive OEMs across the U.S. and worldwide announced major investments throughout 2021.

Just consider Toyota Motor Corp., for example. In October, Toyota announced plans to invest $3.4 billion in the United States over the next decade support electric vehicle production. The initiative will include construction of a new battery factory that will start production in 2025. Also this year, the carmaker revealed plans to:

invest $460.8 million to expand its flagship assembly plant in Georgetown, KY, already the company’s largest in the world.

invest $803 million to produce two new electric vehicle models at its assembly plant in Princeton, IN. The project is expected to create approximately 1,400 new jobs by the end of 2023.

invest $210 million to upgrade its assembly plant in Buffalo, WV. The project is expected to increase the plant’s capacity and create 100 new jobs.

With a dedicated engineering team, expansive supplier network and diverse capabilities, Jewett Automation has the manufacturing experience ready to support you with your next program.